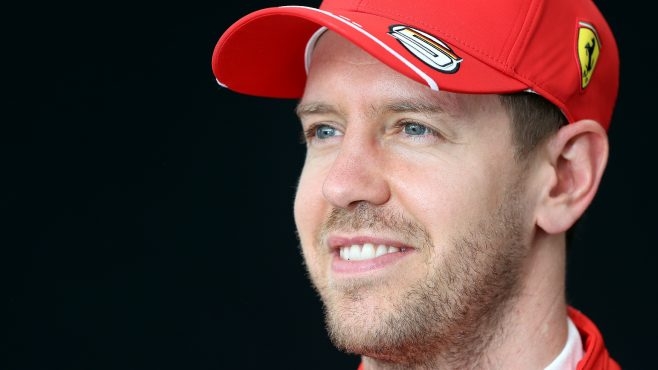 Four-time world champion Sebastian Vettel will remain in Formula 1 beyond this season after putting pen to paper with Racing Point, who will rebrand as Aston Martin F1 Team from 2021.

Racing Point say the 33-year-old's deal, which is for '2021 and beyond', "is a clear statement of the team’s ambition to establish itself as one of the most competitive names in the sport."

“I am pleased to finally share this exciting news about my future," said the German. "I’m extremely proud to say that I will become an Aston Martin driver in 2021. It’s a new adventure for me with a truly legendary car company. I have been impressed with the results the team has achieved this year and I believe the future looks even brighter.

"The energy and commitment of Lawrence [Stroll] to the sport is inspiring and I believe we can build something very special together. I still have so much love for Formula 1 and my only motivation is to race at the front of the grid. To do so with Aston Martin will be a huge privilege.”

The German had been in discussions with billionaire Lawrence Stroll’s team for several months, following Ferrari's decision to let him go at the end of the year, with McLaren’s Carlos Sainz taking his place alongside Charles Leclerc next year.

Initially, there didn’t appear to be a place for Vettel, given Sergio Perez had a multi-year deal which ran until the end of 2022 while Stroll’s son Lance is in the other seat.

But on Wednesday evening, on the eve of the inaugural Tuscan Grand Prix at Mugello – Ferrari’s 1000th race – Perez shocked the F1 world by revealing he will leave the team at the end of the year and has no “Plan B” in terms of a drive.

That paved the way for Racing Point to announce Vettel – who won four consecutive championships with Red Bull between 2010 and 2013 - would be joining them, alongside Stroll, for their first season under the Aston Martin brand.

“Everybody at Silverstone is hugely excited by this news," said Team Principal Otmar Szafnauer. "Sebastian is a proven champion and brings a winning mentality that matches our own ambitions for the future as Aston Martin F1 Team.

"On a Saturday or Sunday afternoon, Sebastian is one of the best in the world, and I can’t think of a better driver to help take us into this new era. He will play a significant role in taking this team to the next level.”

Vettel is currently 13th in the drivers’ championship, with just 16 points and a best finish of sixth in eight races this year as he has struggled for pace in what has been an uncompetitive Ferrari.

In just a few quick steps you can see all the similar cars to yours for sale in the market today! Start by entering and selecting your Year, Make, Model, and Trim below.